A variety of product forms to meet different needs

This product is a film-level heat insulation and anti-infrared masterbatch, which is suitable for producing high light transmission(VLT) heat insulation and energy-saving films or sheets, VLT 60-75%. It can be used for producing solar window film for automobile and building, to realize warm in winter and cool in summer, saving energy consumption 32% in summer and 34% in winter. The heat insulation solar film produced by the masterbatch can avoid troubles and worries in quality control, greatly reduce the production cost and improve the production efficiency. 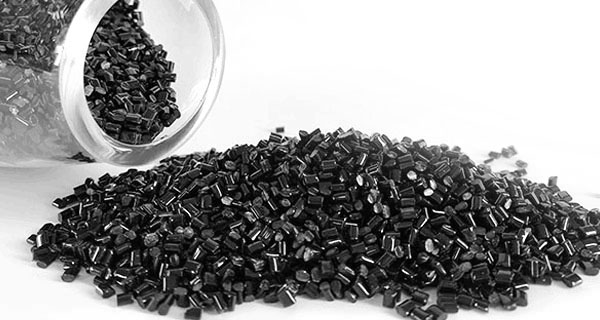 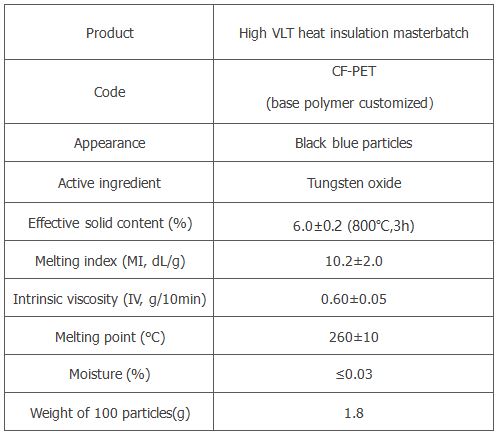 It is used to develop films or sheets, that has functions of heat insulation, anti-infrared and anti-ultraviolet, such as solar window films, PC sunlight sheets, agricultural film, or other fields that has the requirement of anti-infrared.

-Agricultural greenhouse film: Through co-extrusion process, heat insulation and anti-UV greenhouse film is produced, with that vegetables output is increased significantly by reducing transpiration of the plant.

It is suggested to be used together with Huzheng low VLT masterbatch S-PET and carbon crystal masterbatch T-PET. According to the required optical parameters and specifications, refer to the following dosage table, mix it with common plastic slices as the recommended dosage, produce as the original process. Various base materials can be provided, such as PET, PE, PC, PMMA, PVC etc.

Storage: in a cool, dry place.